A blog in which each post is a story based on the message in a piece of graffiti.
These micro-tales are portrayed on a street corner or opposite a café terrace in various cities throughout the world. They approach universal issues, combining documentary and fiction.
Now the objective is to use the convergence of internet and TV to adapt “Talking Streets” to other platforms so that it becomes a transmedia project.
The blog will be adapted for TV, which in turn will be enriched with webisodes that can be watched on mobiles and tablets, such webisodes contain unseen content that forms part of the storyline for the TV series. Each Post/Episode can be adapted to suit each platform and will tell a story across various media.

Yesterday I fell asleep while I was speaking in my English lesson. I’ve run out of energy. Someone should invent tele-porting for insomniacs. They could send us to therapy, something along the lines of alcoholics anonymous, but before dawn. We could all meet in a big padded room, in the half-light, led by a soft-voice, with fellow insomniacs sharing their experiences until we disappear.
I sometimes sleep for a couple of hours before waking suddenly. I can’t bear turning over and over in bed and as I already know what lies in store, I get up. I head to the kitchen where I make myself a glass of warm milk and listen to my husband while I check whether any part of me’s still asleep. Often I wake up but my arm doesn’t. I’m so tired and I’ve got so much to do tomorrow.
I rush out, take carrer del Boters, cross in front of the cathedral and walk to a neighbouring petrol station. There’s a bar where I’m a bit of a regular. I normally coincide with a bunch of taxi drivers who stop awhile around this time to fill-up on petrol and take their break. They call me the “sleepwalker” as, according to them, the diachronic light hitting my head illuminates my pupils and it looks as though I’m still asleep, with my eyes open. We’ve got to know each other over the mornings.
At the back of the bar, the TV’s on near a blue light that attracts and electrocutes flies. It worries you, when objects are alive at this time of day.
Paco, one of the taxi drivers, tells me that en route from the airport, a passenger insisted he stop the car for her to take her suitcase out of the car and leave it lying on the roadside before continuing to the hotel. She believed that a new regulation had come into force at airports – placing a GPS in people’s suitcases as an invisible way to follow and control passengers once they arrived. Paco looks me in the eyes and asks: “And what do you think, sleepwalker, is it time to rebel?” I’m filled by an inexplicable desire to go to bed. Rest has become my main concern. He knows this and continues: “Why don’t you go to a cemetery and lie down on a tombstone?” Then you’ll sleep.”
I get up and bid my farewells. It’s 6 a.m. I walk home, certain I’ll get a bit of sleep. Then, in about an hour, the alarm takes it upon itself to remind me that I’m dead for another day. 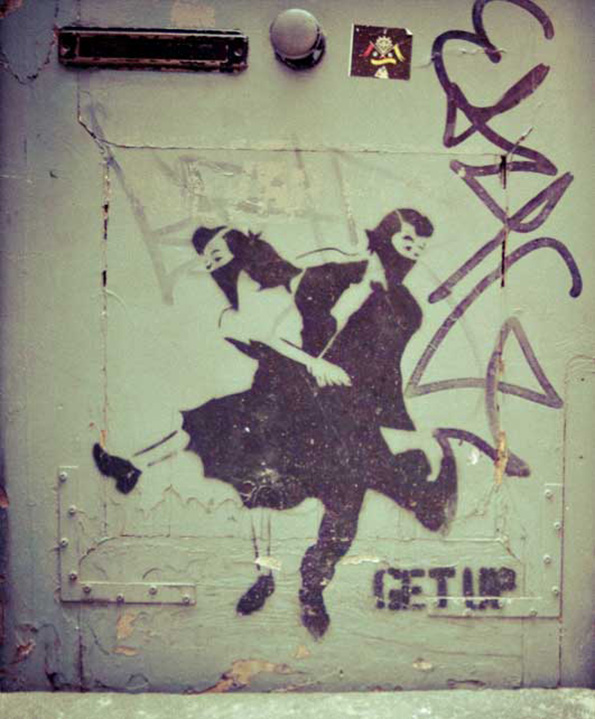 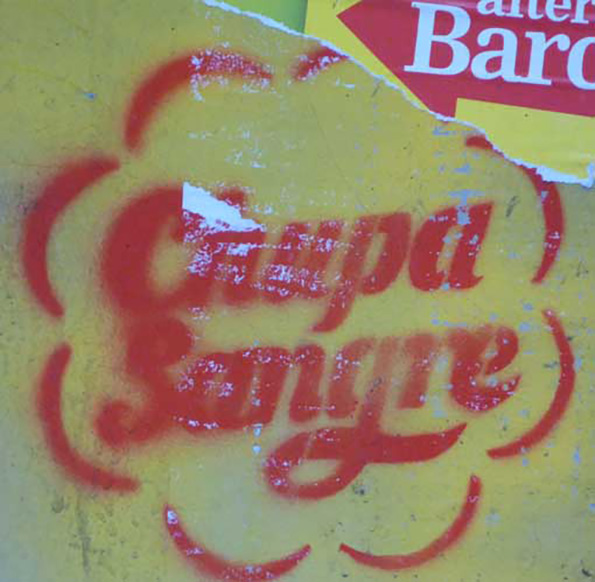 After having not appeared in the media for several days in a row, Nixon and his two mates met once again in someone else’s home.
It had taken them over two hours to find what they were searching for till’ they opened the safe without forcing it. Before having the guts to examine the loot, Nixon –who had a sharp sense of smell – opened an urn and discovered some cocaine inside of it. He imagined the owners of the place as junkies for keeping such an arsenal locked.
He put a little of the powder on his forefinger which he took it to his mouth, rubbed it on his gums and tongue and tasted the flavour. Immediately he realized he had misunderstood his discovery: it wasn’t cocaine but heroin. He put the urn in the bag, along some jewels, a roll of bills and an old watch. His mates opened a wardrobe in which a fur coat was hanging. Nixon was convinced of being stoned when he saw a bear coming out telling him he had vampire tendencies.
“To be honest”, said the Bear, “a few days ago, I bit the girl who wears this coat. Now she has me locked up and doesn’t take me to the street anymore. She says that outside I have many more necks to bite. Please take me with you”.
Nixon turned his head and looked at a picture of the girl the bear was talking about, together with an old man and two Great Danes. The bear insisted and Nixon tried to tune him out. The two mates found some electric gadgets and also put them in the bag. They escaped leaving the bear tight and hungry inside the closet.
After some days, they appeared once again in the press. The headline in the frontpage said: “Thieves sniffed the ashes of a dead man mistaking them for illegal drugs”.